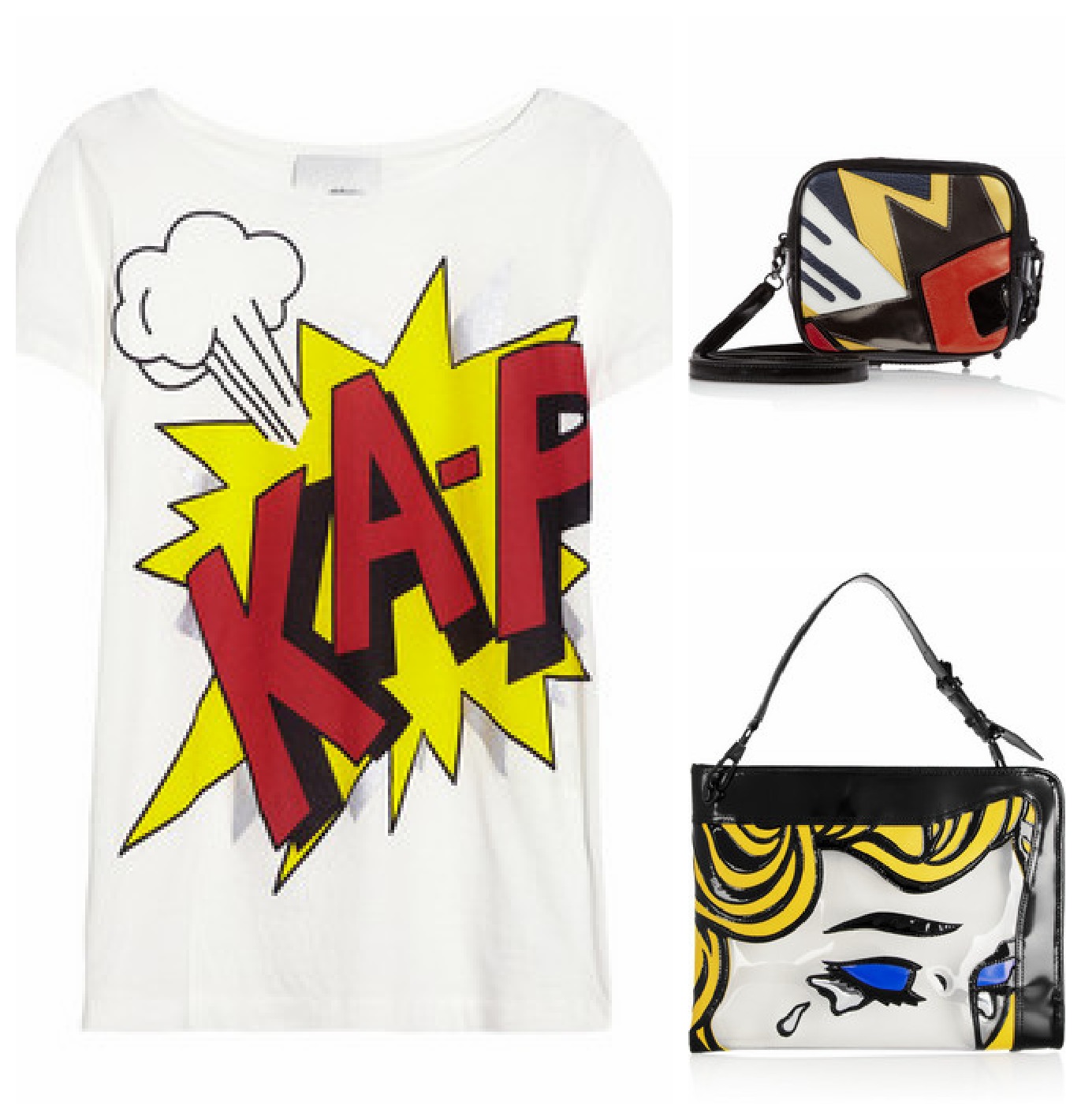 I appreciate when fashion doesn’t take itself so seriously, especially when pieces emerge that look like an old version of the batman series – KA-POW!  I know that you can picture a small, animated cloud appearing above Adam West as he slugs a bad guy – and now imagine wearing it.  Life imitating art or fashion imitating TV or a designer imitating basically anything.  And that may be a woman crying on your handbag – but I guarantee there will be no tears shed while wearing such a fun piece.  Maybe tears of joy for your fashion conquest.  Endless amounts of fun would be had toting around that cute little mini shoulder bag – mainly because your back is rejoicing in a handbag that weighs less than 75 lbs.  But I neeeeeeeeed to carry all those glasses, tissue packs, hair brushes, family photo albums, 2 cell phones and mini first aid kit.  No. You. Don’t.  Dress lighter and wear cartoonish stuff – it’s liberating.  A Little Bit etc – part blog – part oracle.
1. Printed Cotton Tee
2. Mini Shoulder Bag
3. The Break-Up PVC and Leather Shoulder Bag

Though Fridays in the workplace are often designated as “casual” days, no one will fault you (they may actually applaud you) for deciding to keep it professional – and slightly edgy as evidenced above.  Lela Rose is a designer often associated with ladylike designs, great sheath dresses and classic silhouettes that make you feel like a slightly more evolved Mad-men-esque model.  Smoking is not allowed inside in most places, and drinking Scotch is often frowned upon at work, but dressing like a polished career woman is always highly regarded.  Though this particular dress may stir up a little controversy among co-workers with it’s racy details, it’s safe to assume that old adage, “if they’re not talking about you, you’re not relevant”.?