All the Books I’ve Finished This Month 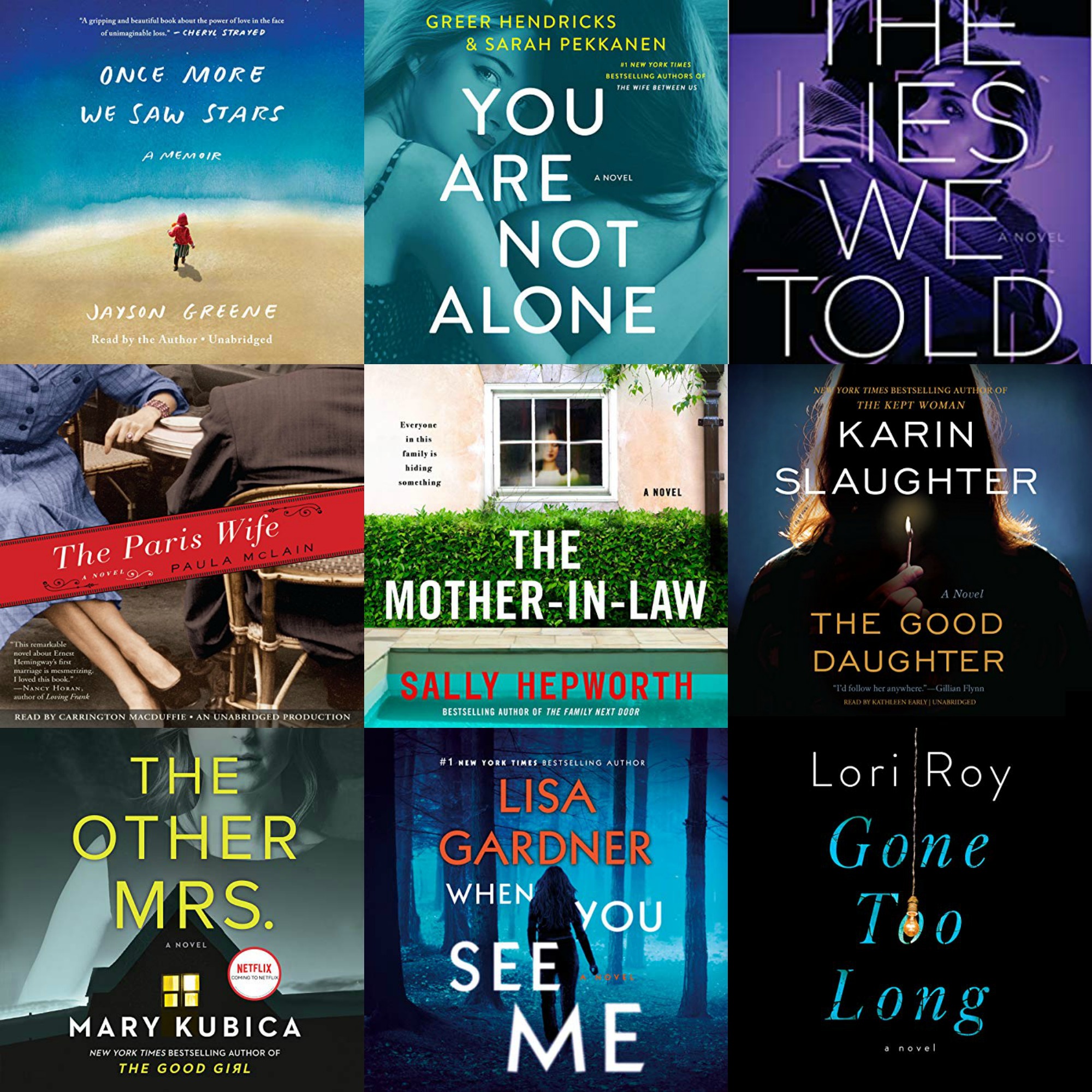 I’m back with all the books I “read” (I actually listen to audiobooks because it’s more convenient) in the month of June. I got through a ton of books though a handful were great while the others were not worth a read.

1. The Lies We Told – A good ol’ mystery thriller. Nothing too exciting but a fun easy read. Clara’s boyfriend Luke disappears one day and leaves no indication as to why he would leave. As Clara begins to look into his seemingly perfect family’s past, she uncovers secrets and answers to his mysterious disappearance. Rating: 8

2. When You See Me – Flora and Keith are part of a special FBI civilian task force and are called by Sergeant Quincy and Warren to investigate a possible connection to a deceased serial killer. They head to a small town in Georgia to learn more and are soon swept into a tangled web of the serial killer’s past and they find out it’s more depraved then they imagined. Rating: 8

3. You are Not Alone – Lots of buzz around this book, but it was only ok for me. When Shay Miller befriends sisters Cassandra and Jane under rather odd circumstances, she feels like she’s met her new best friends. She becomes obsessed with pleasing them and doing anything to keep their friendship, even if it means ruining her own life. Rating: 6

4. The Good Daughter – Now this was a thriller I enjoyed!! Charlotte and Samantha Quinn are sisters that had to endure a horrific event in their youth that left them scarred for life. When tragedy strikes again as adults, Samantha comes home to help Charlotte deal with the aftermath of a brutal school shooting. But what is uncovered is much more sinister and awful. Rating: 8.5

5. The Mother-in-Law – Lucy desperately wants to be accepted by her new husband’s family and is for the most part – except for her mother-in-law. Diana is very hard to get close to and Lucy doesn’t understand why. After Diana is found dead in her home from an apparent suicide, Lucy tries to figure out the reason behind her sudden death. Rating: 8.5

6. Once More We Saw Stars – A devastating memoir of Jayson Greene’s loss of his daughter. I believe I remember hearing about this when I lived in NYC because it happened on the Upper West Side. Jayson’s two year old daughter, Greta, was visiting her grandmother and they were sitting on a bench near her apartment. Suddenly a brick fell from the building above and struck Greta in the head and the injury was fatal. This story is about their time through that grief and how they navigated bringing another child into the world after Greta’s death. It’s an emotional but beautiful read. Rating: 8.5

7. Gone Too Long – This one dragged on too much and was not a favorite. Imogene’s father was a KKK clan member and she has spent her life trying to avoid him and his reputation. After his death, Imogene returns home and is cleaning out her father’s home when she discovers a child locked in a basement on the property. She rescues the child and fears that her father has kept this boy imprisoned for years. But after she begins to uncover more about her father, she realizes that she may be wrong about the person that has committed this heinous crime. Rating: 5

8. The Paris Wife – Though this story is fiction, it’s written about Ernest Hemingway and his first wife, Hadley. Though they divorced early into their marriage, Hemingway always said that he would “have died rather than fallen in love with anyone but Hadley”. Though they were deeply in love at the beginning, Hemingway’s need to succeed and his fondness for women drove them apart. While I thought I would enjoy this book, it fell flat for me. Rating: 4

9. The Other Mrs. – What a book!!! So entertaining and I loved every minute of it. There were tons of twists and turns and the ending was a big surprise. Sadie and Will recently moved their family from Chicago to a small town in Maine to become legal guardian’s for Will’s niece. Will’s sister committed suicide leaving behind 16 year old Imogene who is a very difficult child to deal with. Sadie and Will are trying to acclimate to their new life in Maine when a neighbor is brutally murdered in the middle of the night. The murder really terrifies Sadie and she begins to question her new life here. Rating: 9 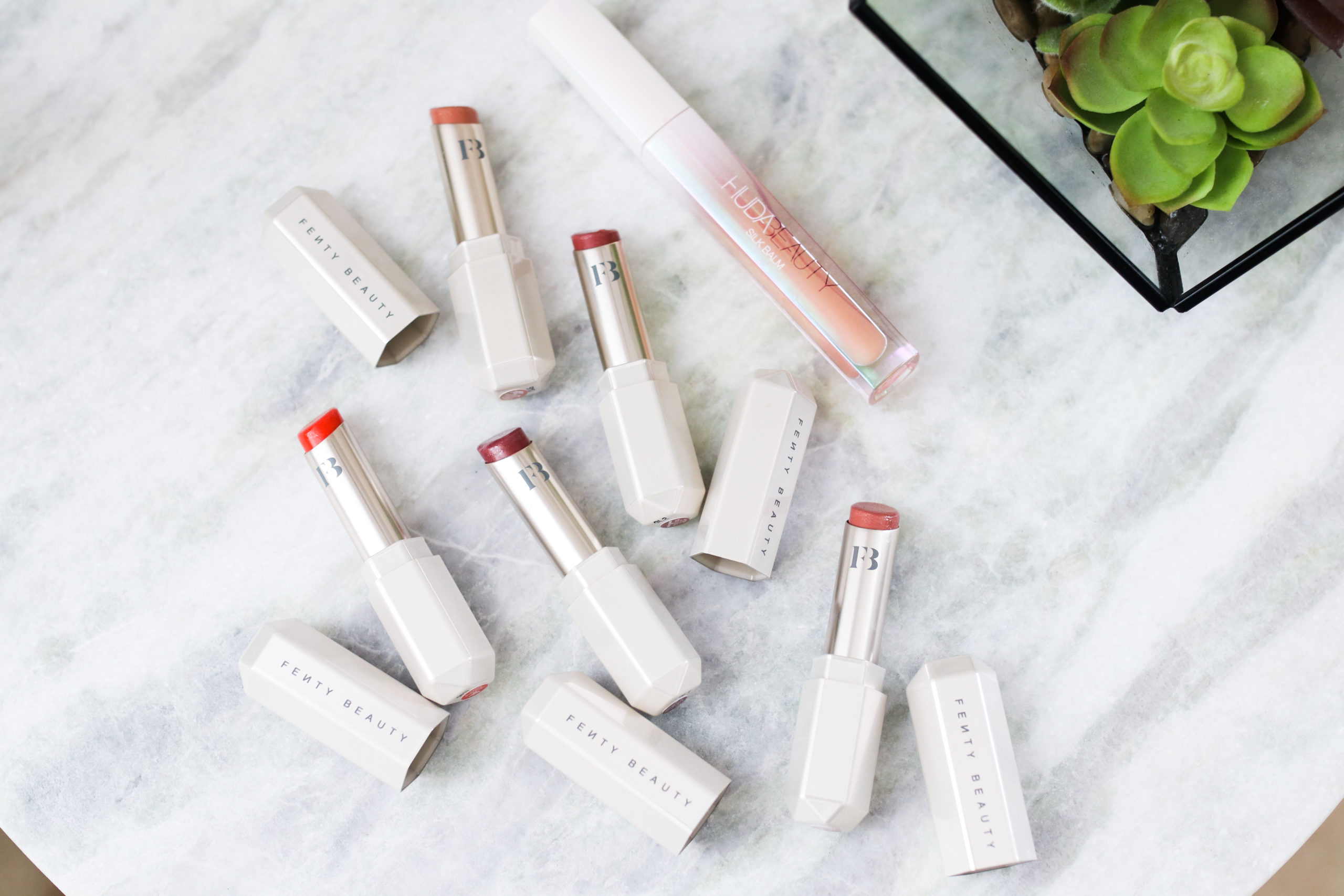 Today’s video is a summer lip haul + a fun giveaway! Enter the giveaway here and be sure to subscribe to my YouTube channel. The products mentioned 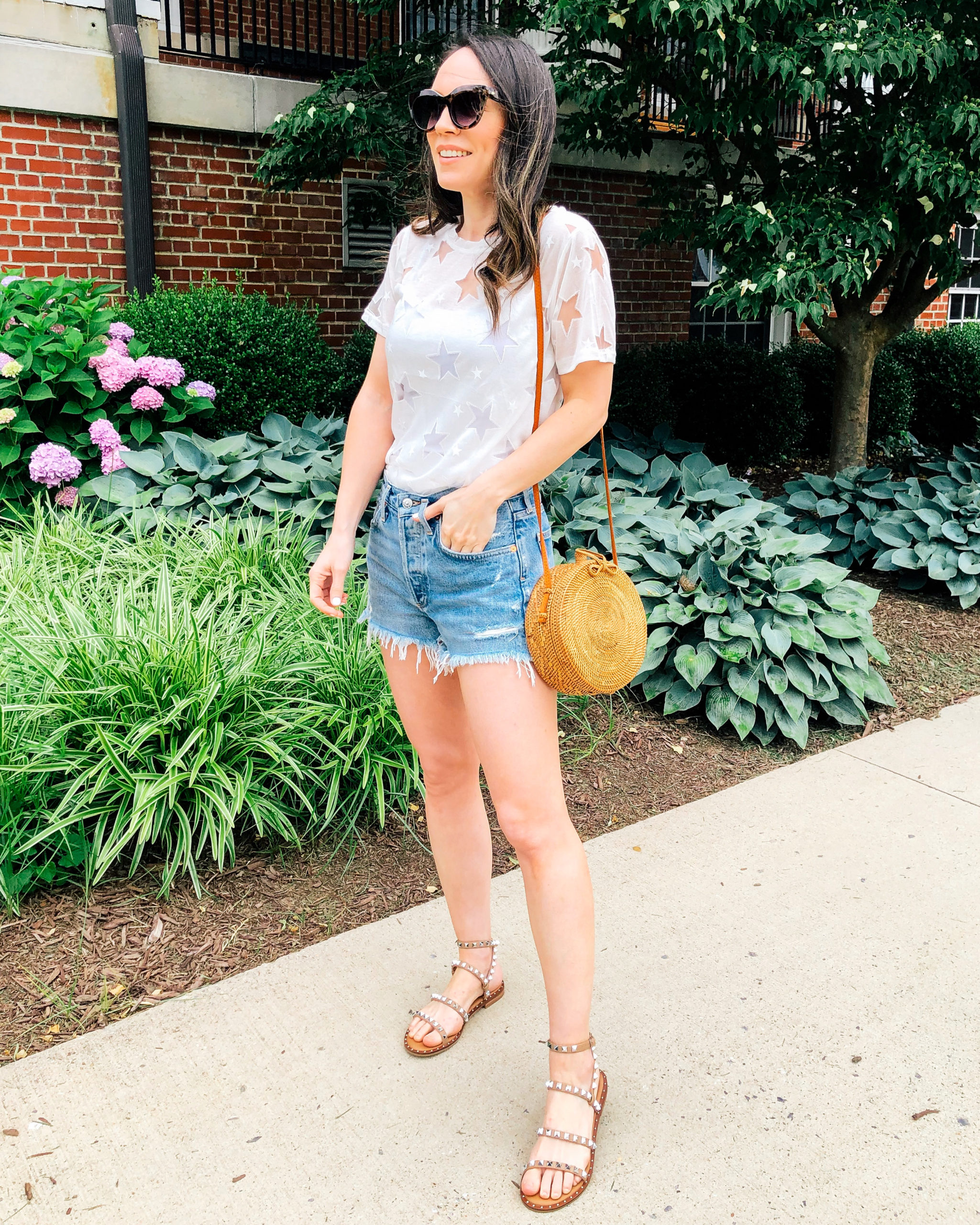 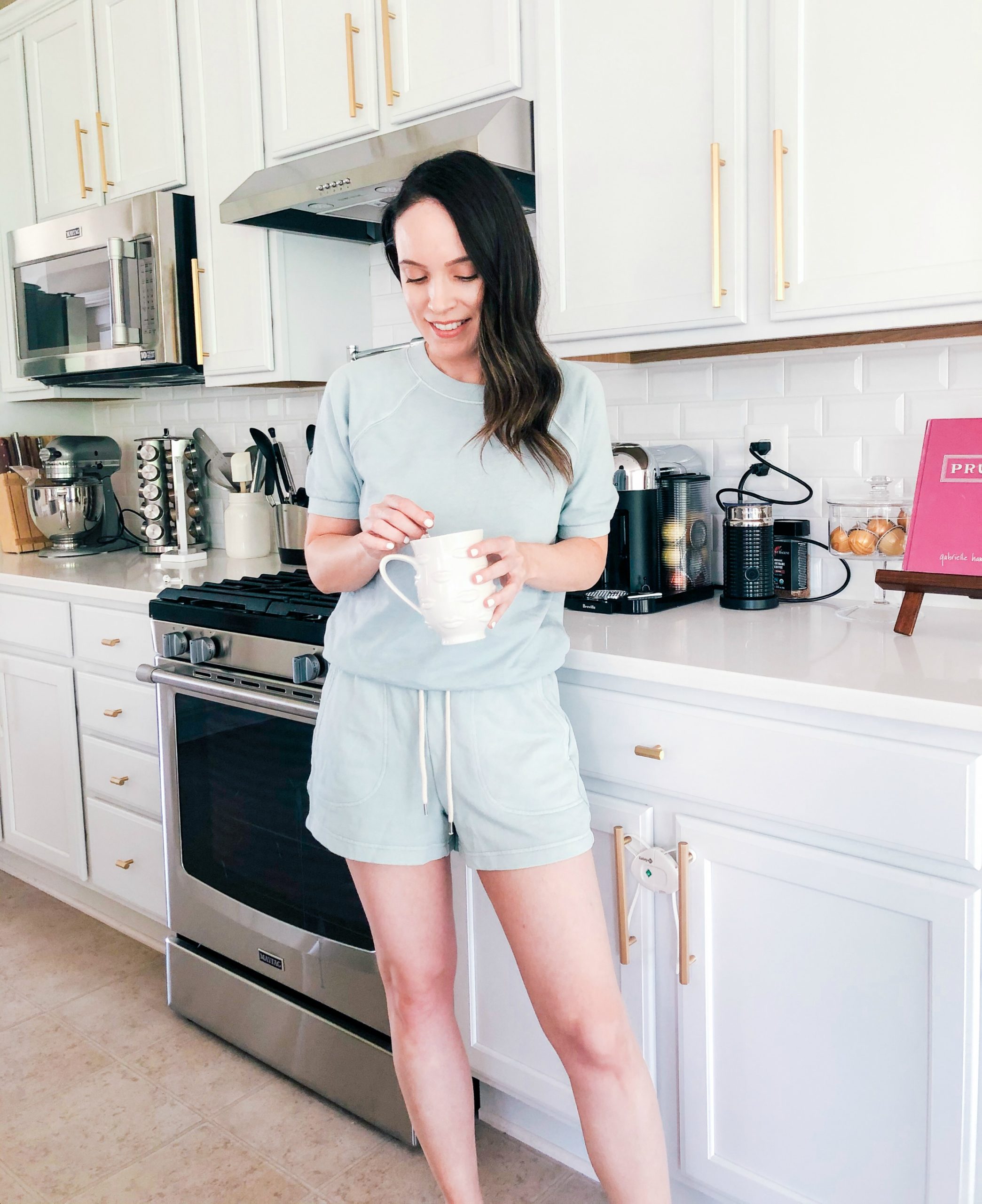 All the Things I use Everyday 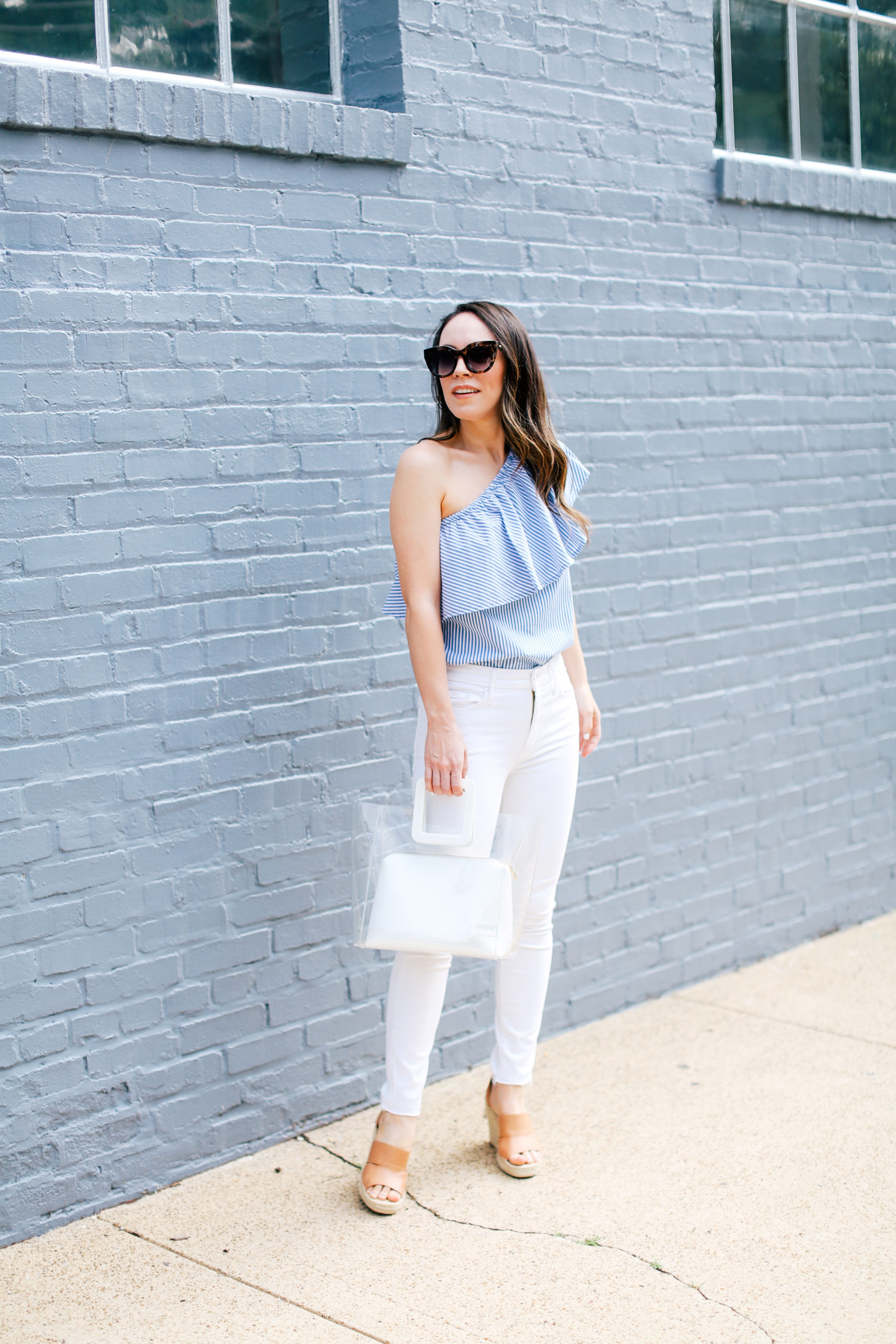