What I Read in April 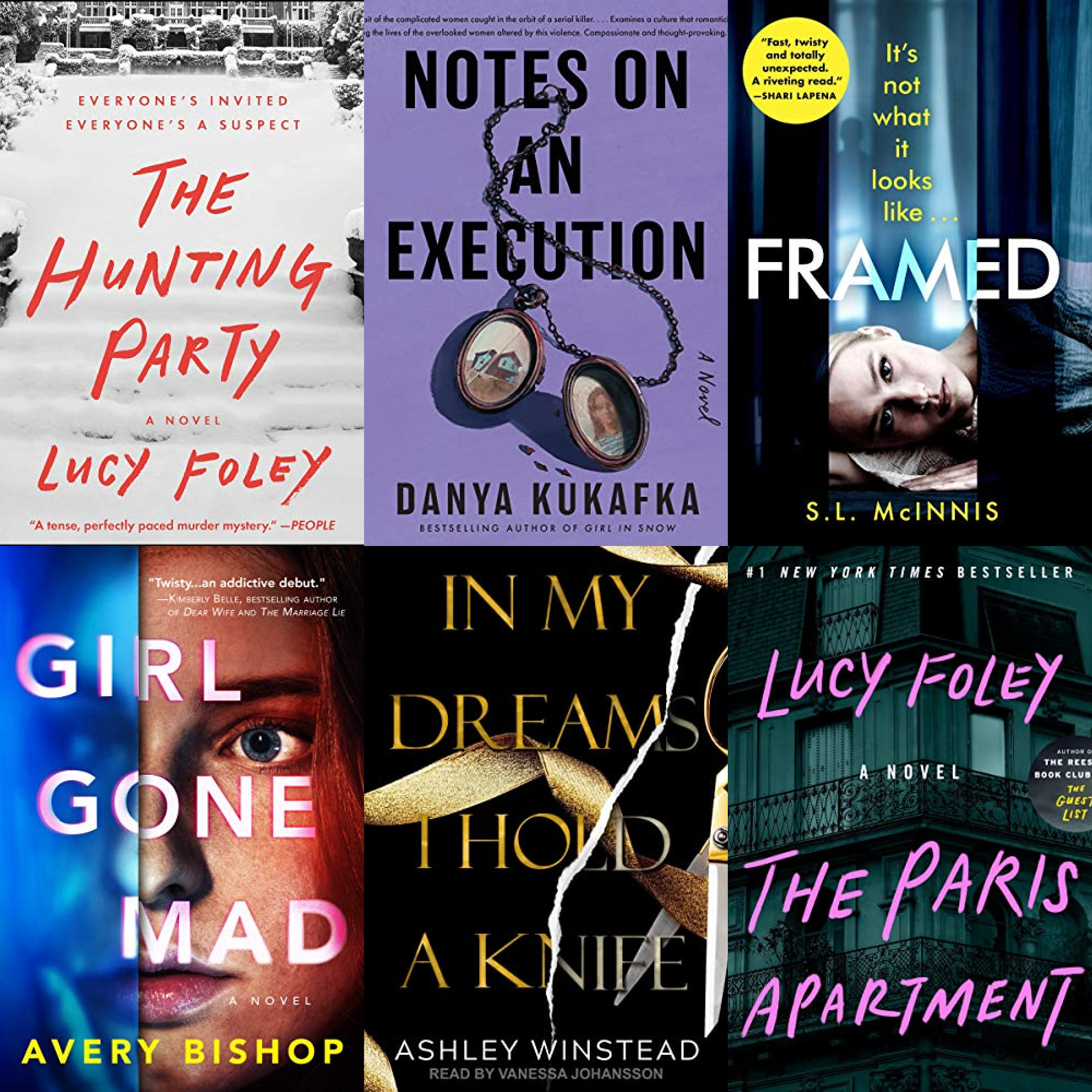 1. Girl Gone Mad – I love a good twisty murder mystery and this one was really enjoyable. Emily Bennett was part of a middle school clique of 6 girls called the Harpies. They were popular but cruel and accepted the new girl Grace Farmer into their group though they tormented her from the beginning. Now the 6 girls have grown up and one by one they are disappearing and Emily decides to figure out if these tragic deaths are connected to their past. Rating: 8.5

2. The Hunting Party – I love Lucy Foley’s novels but this one was very similar to another book I read recently and was a bit predictable. Still a good read but I pretty much figured out the details early on. A group of college friends reunite 10 years later on an annual vacation in the Scottish Highlands. However during their vacation, one of the friends is murdered and the group has to decide if one of them is responsible or is a vicious killer on the loose. Rating: 8

3. Notes on an Execution – This book has a ton of buzz and while I enjoyed it, it wasn’t as good as I had hoped. It tells the story of 3 women who all have a connection to serial killer Ansel Packer. Their lives helped shape and were shaped by his actions and the book oscillates between each of their stories while also sharing Ansel’s perspective 12 hours before his execution. Rating: 7.5

4. The Paris Apartment – Another Lucy Foley novel that I enjoyed though it did take me a bit to get into it. There are quite a few characters so I was getting confused at the beginning but soon it all began to tie together. Jess leaves her awful job and heads to Paris to stay with her brother for awhile until she can get herself back on her feet. But when she arrives, Ben isn’t there and has left no note or indication as to where he has gone. Jess begins asking Ben’s neighbors if they know where he is and believes they know more than they are telling her. Rating: 8

5. In My Dreams I Hold a Knife – A murder mystery but a real boring one. LOL This was another story about college friends who reunite and try to figure out who killed one of them. They met at an elite southern university freshmen year and stayed close throughout their time at college. Until senior year when one of them is found murdered in her dorm room and the police wrongfully accuse her boyfriend. When the boyfriend’s name is cleared, the murder goes unsolved until their 10 year reunion where they must relive this nightmare again. And they aren’t leaving the reunion until someone confesses. Rating: 7

6. Framed – My book lineup this month started strong and then quickly began to decline as the month went on. LOL I love a mystery/thriller novel but so many are the same and are only mediocre. This one was that. Beth Montgomery is seemingly living a perfect life with her loving husband in Los Angeles. They are successful, have a beautiful home and both seem to do what they love. But Beth’s happiness is only for show because deep down she’s very unhappy. And when her college best friend Cassie calls her out of the blue one day and asks to meet up, Beth is nervous because her past with Cassie is chaotic and something she has kept from her new family. Beth agrees to a drink with her old friend and the next three days become a complete whirlwind that will change Beth’s life forever. Rating: 7 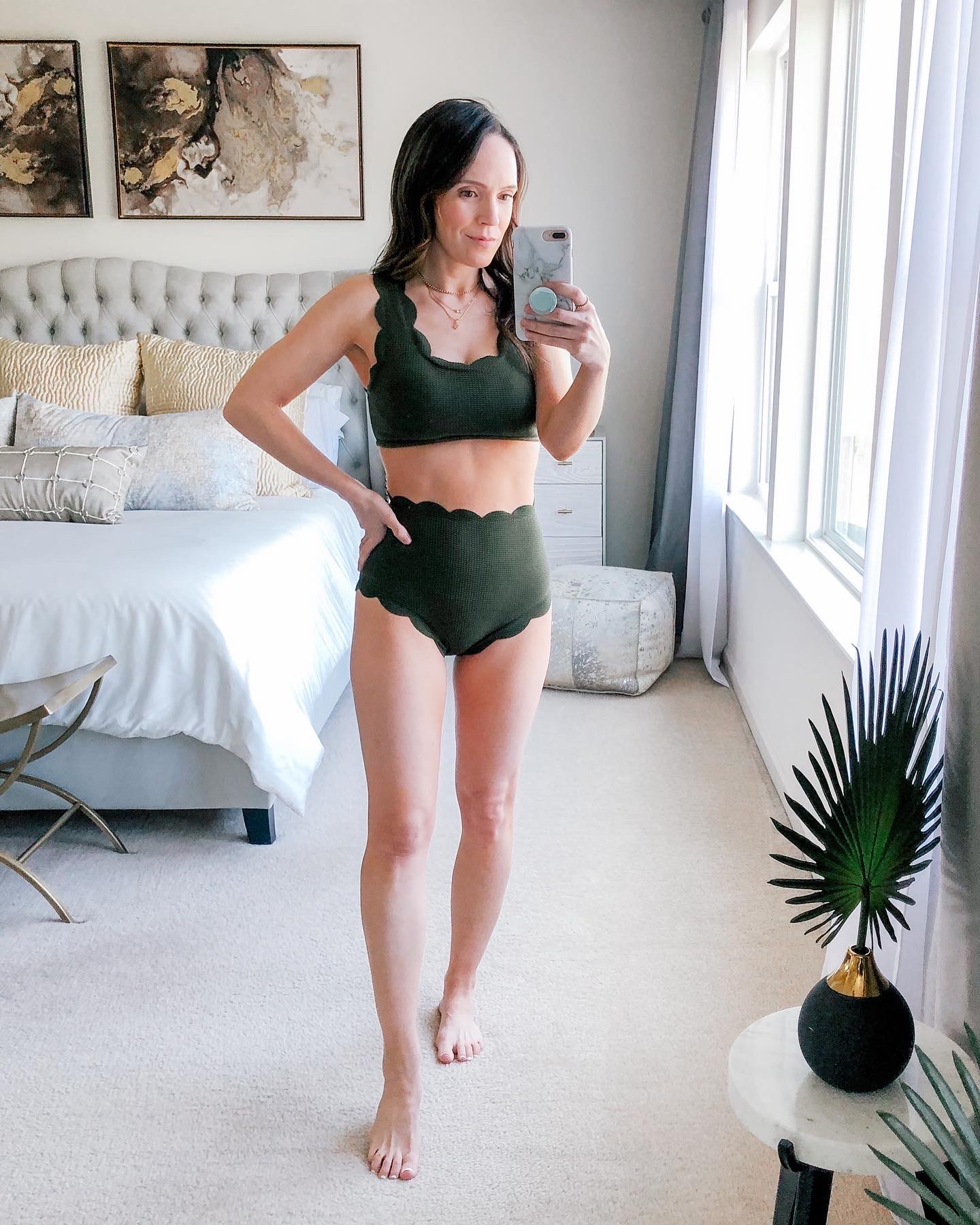 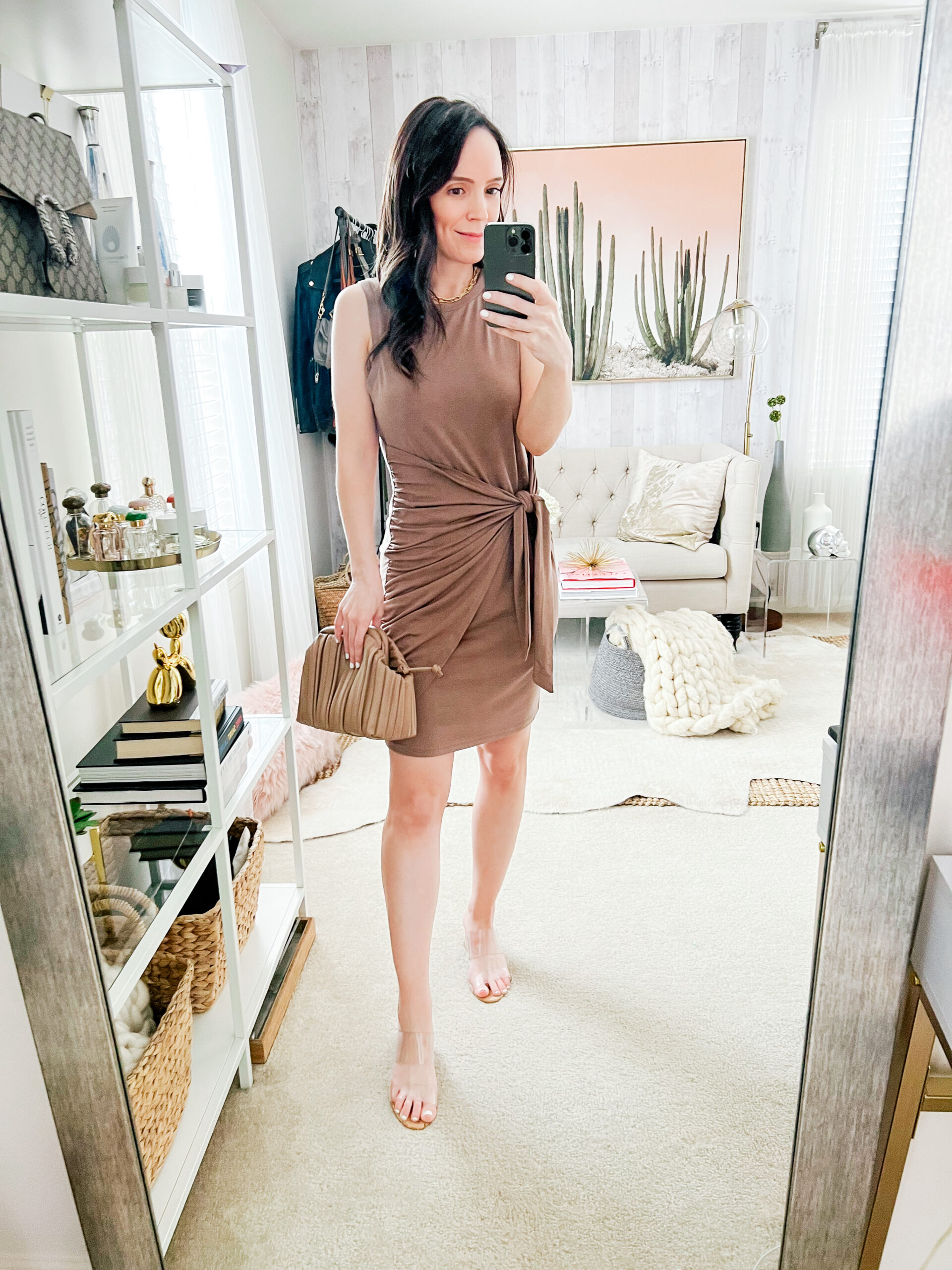 Dress | Bag | Sandals 1. I have been loving a longer denim short style for summer and just ordered these! 2. I also ordered this top 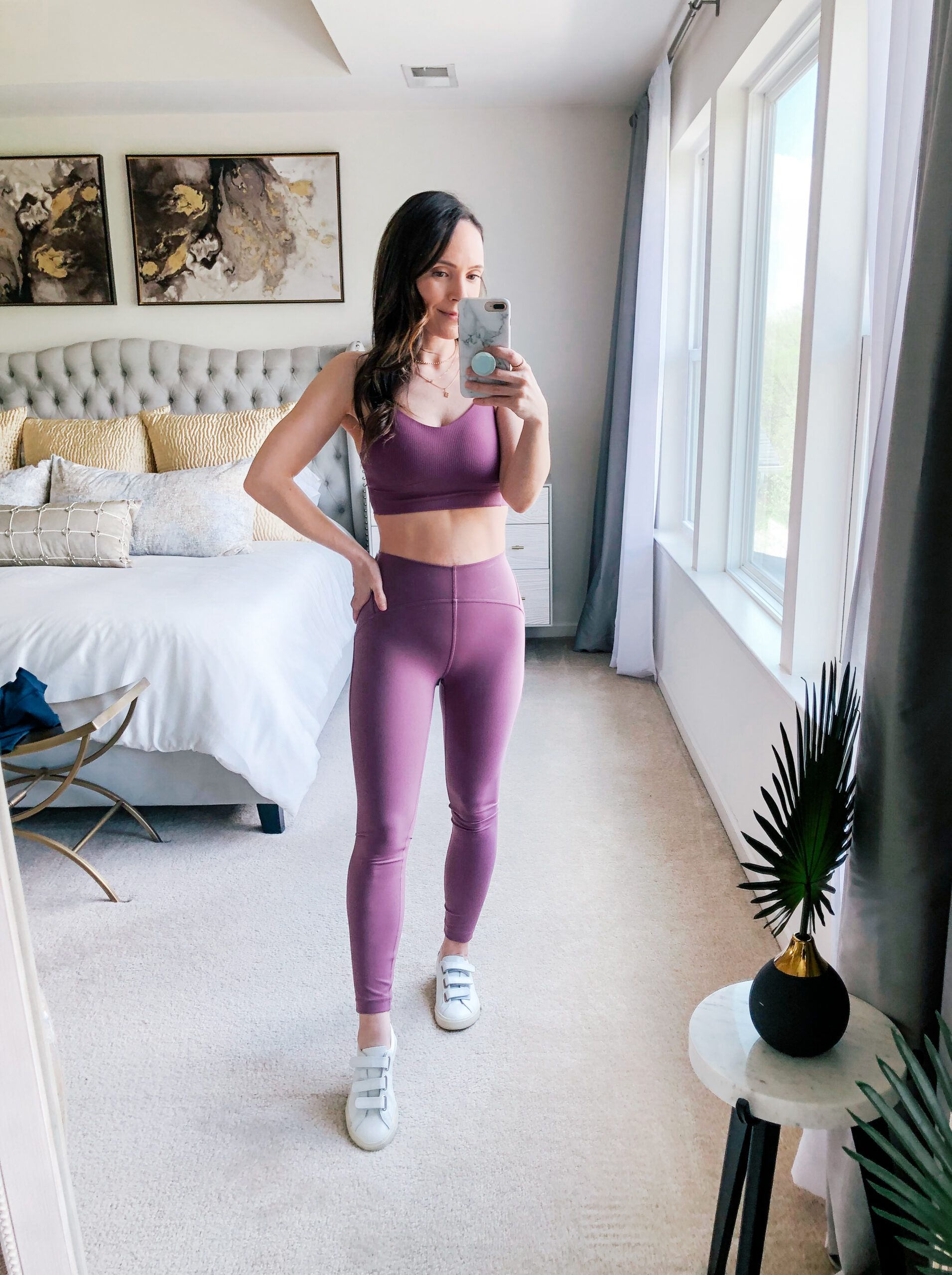 1. Like A Cloud Ribbed Longline Bra in Vintage Plum – As someone that only does low impact workouts, this sports bra is SO comfortable and perfect 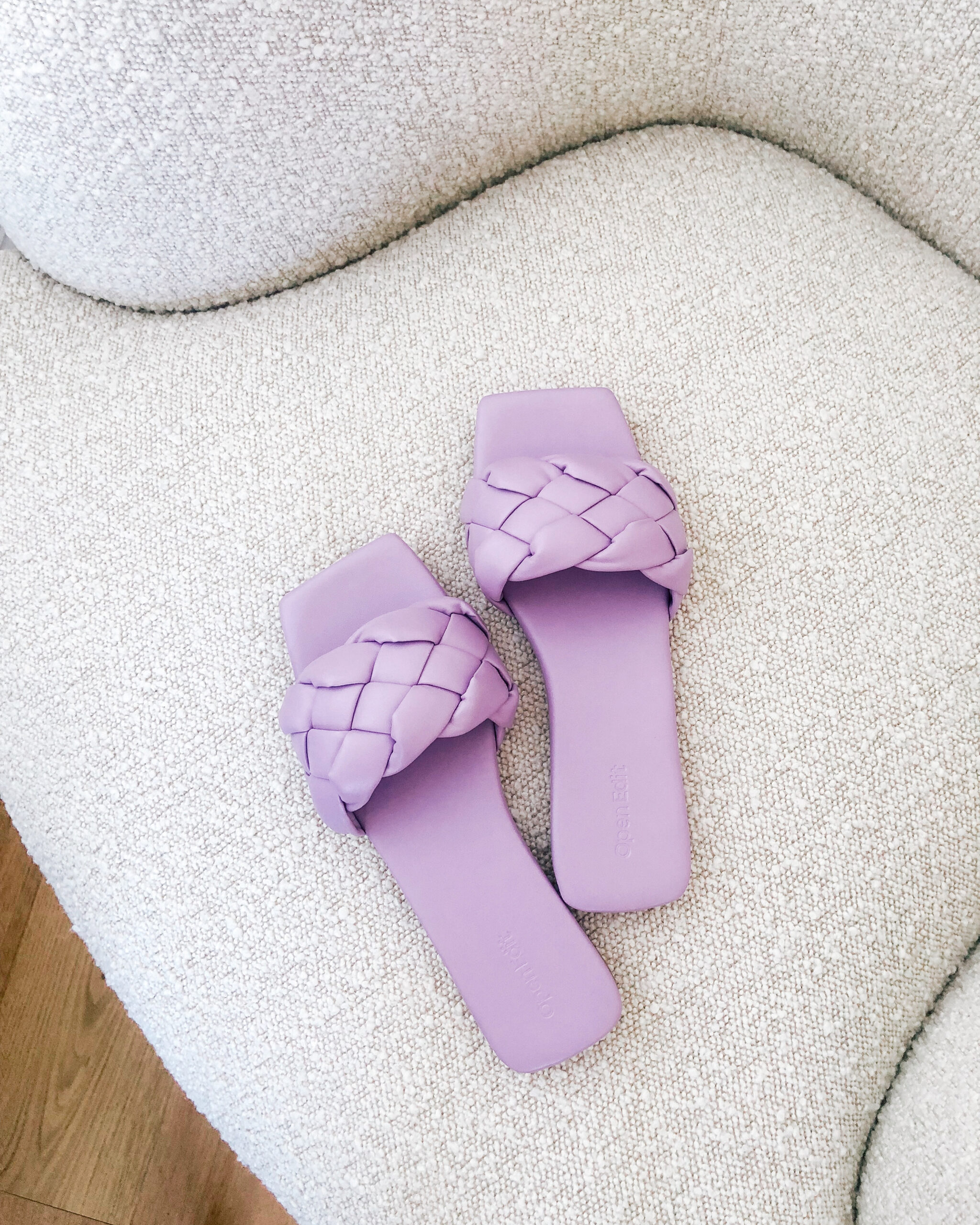