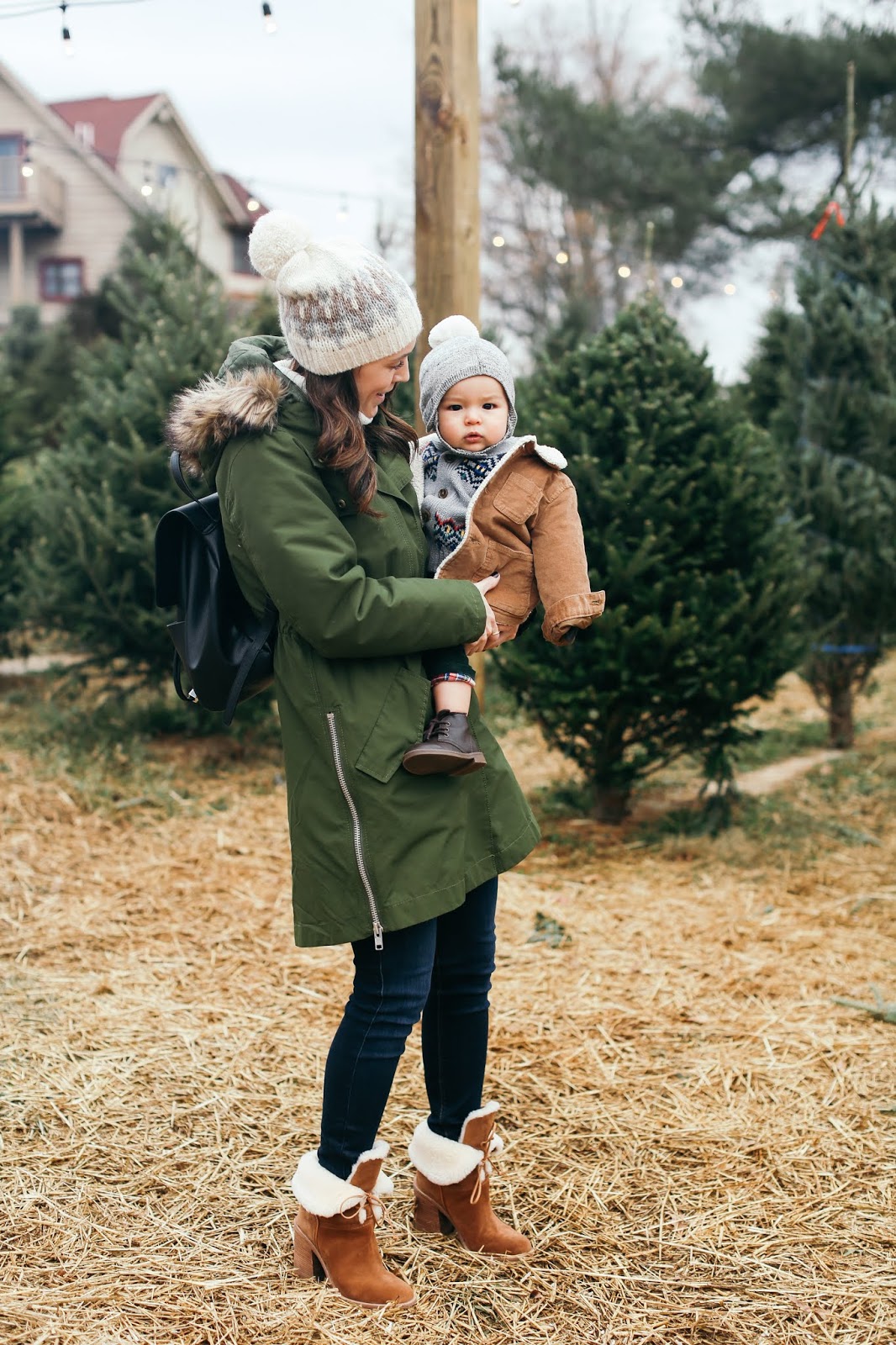 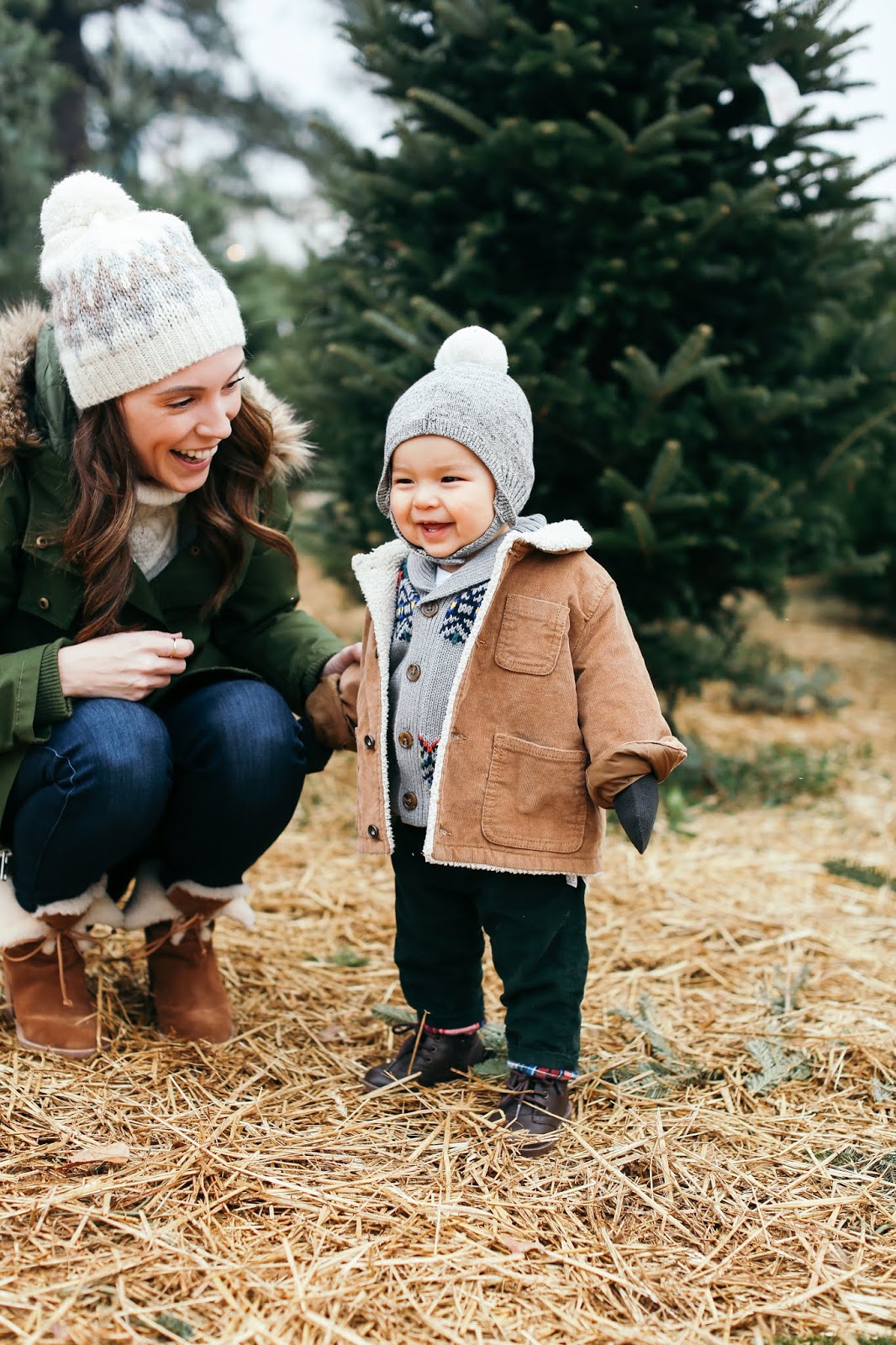 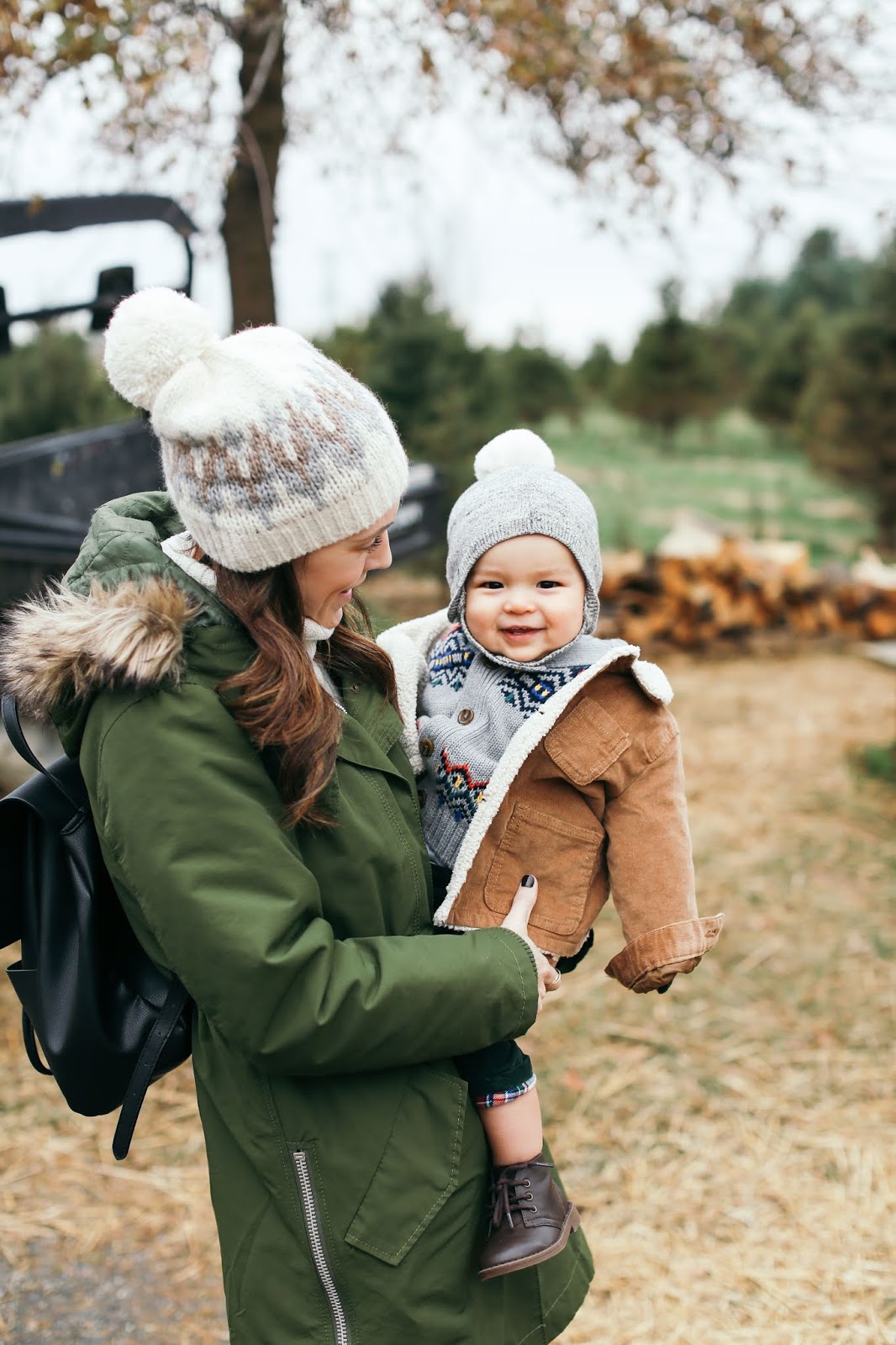 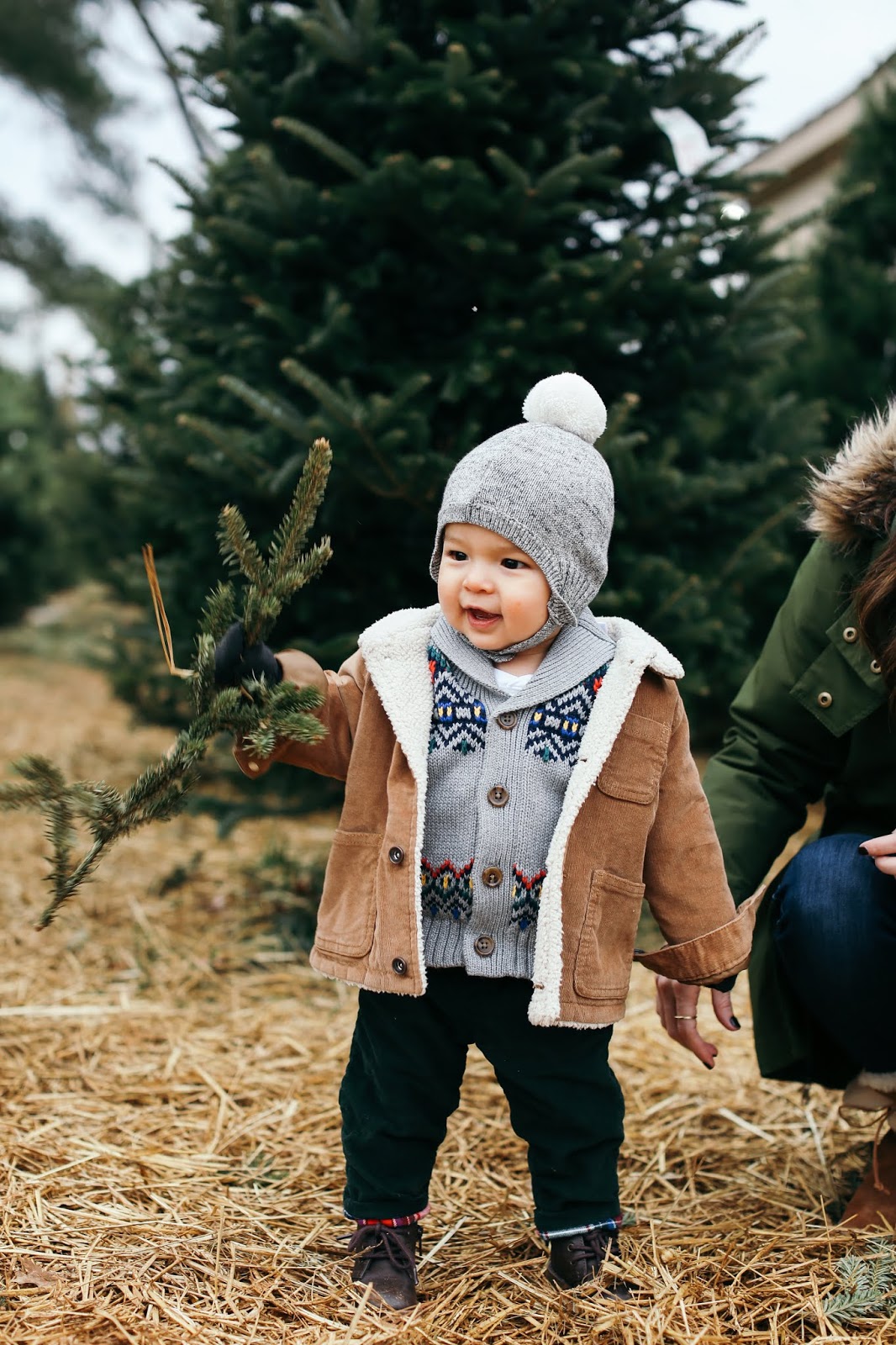 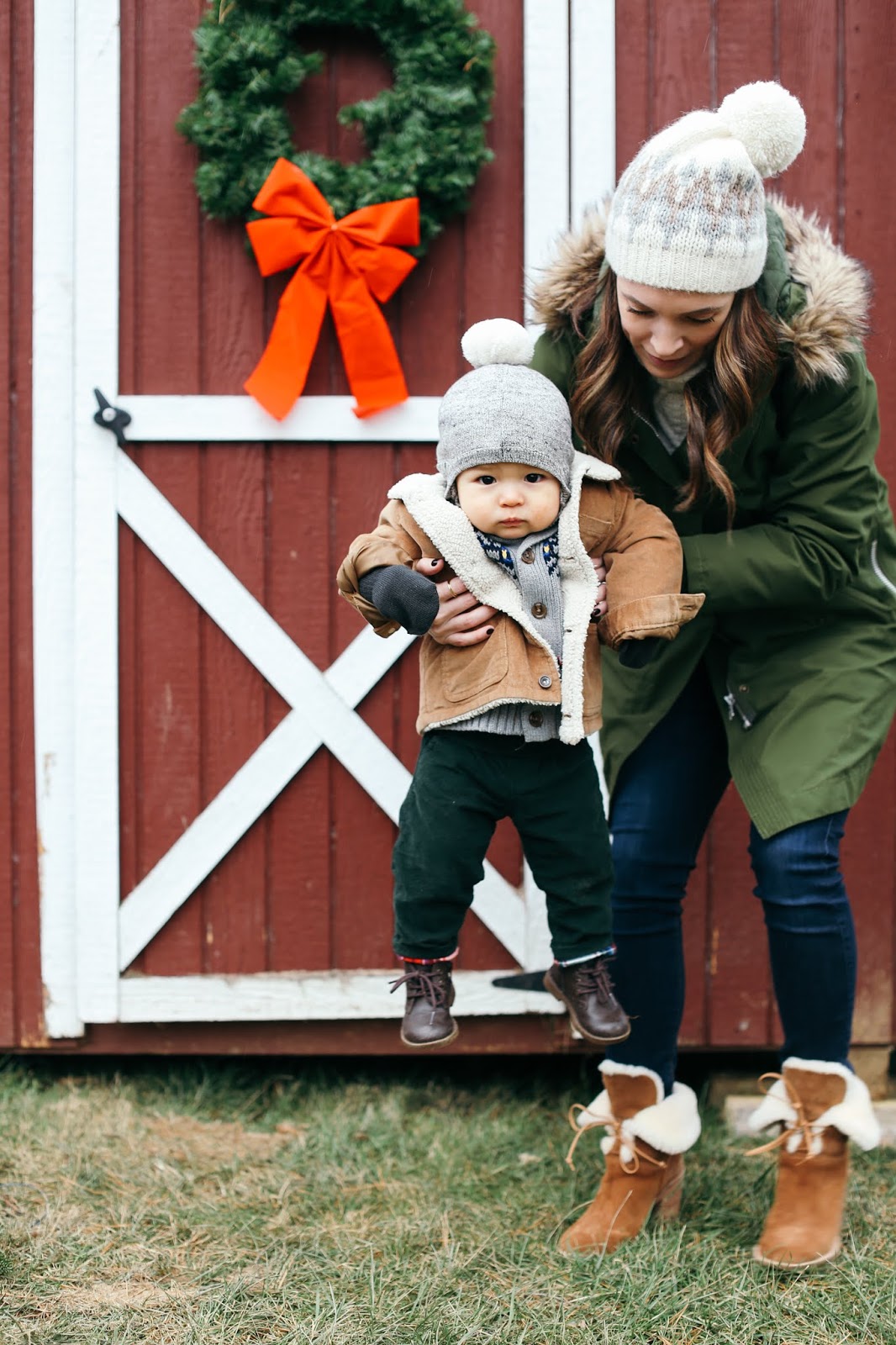 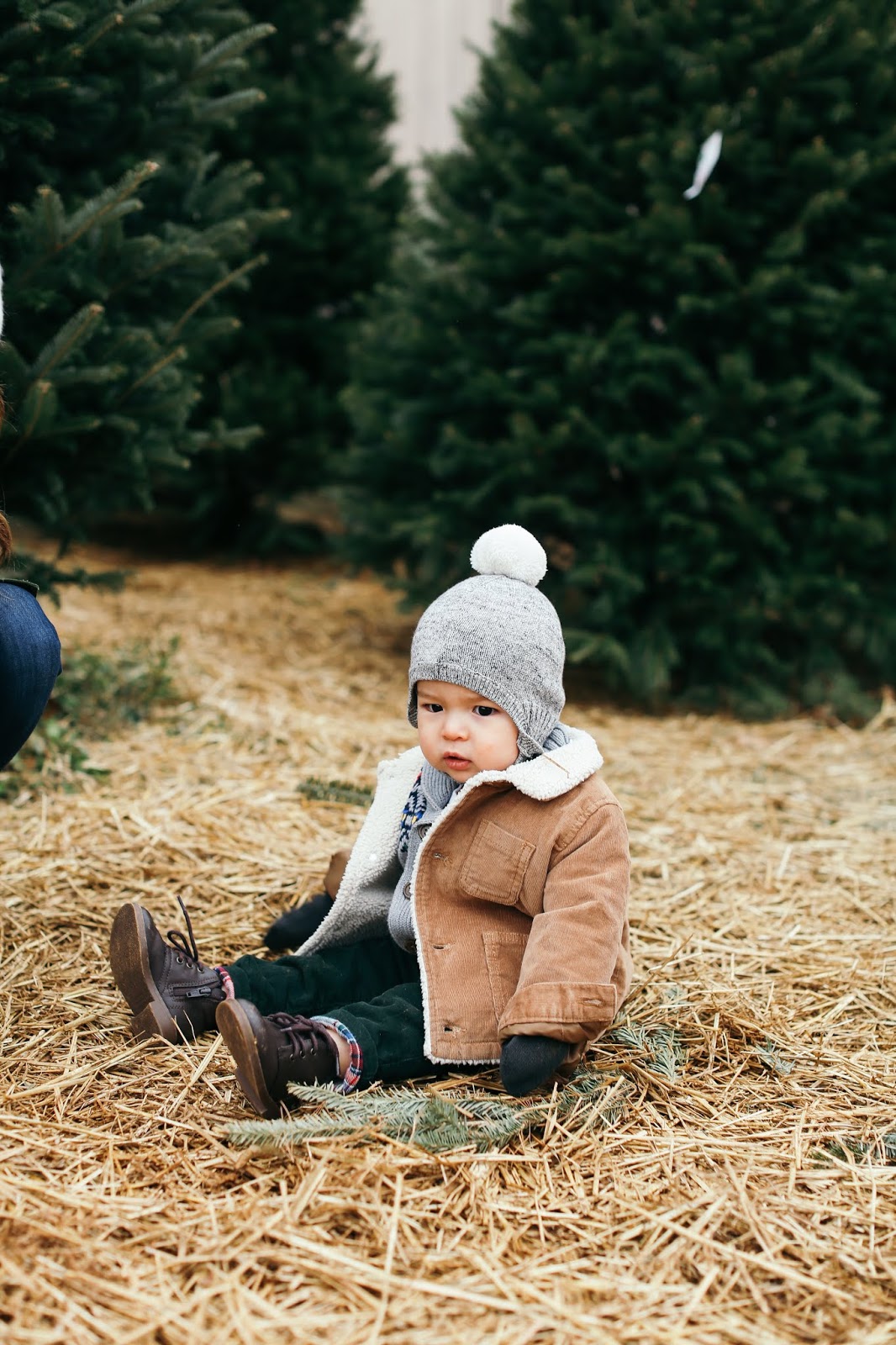 Maree’s outfit – Jacket (similar here and here) | Sweater (similar) | Jeans | Boots (more sizes here) | Hat (similar) | Bag
Miles’ outfit – Jacket (similar) | Sweater | Pants | Hat (similar) | Shoes
First things first, I had Miles’ hat on backwards the entire time we were at the Christmas Tree Farm. LOL I was wondering why the seam was showing but didn’t realize until we were about to leave. #momfail But the hat debacle aside, how hysterical is Miles in these photos? We visited a local Christmas Tree Farm last week and he had the best time. The straw was a bit hard to walk on so he fell down a few times (not hard but typical toddler wobbles) and he would just sit there and look around after falling down. It was hysterical. He never cried but would stare at all the trees and his face was priceless. The last pic was him staring at the fire they had going and he was fascinated by it.
I contemplated making the picture of me holding Miles in front of the Christmas shed one of our Christmas cards because his face is the best thing ever. He was running around having a blast and I wanted to get a picture of us in front of this cute shed. Every time I put him down he would run off (like always). This was the 3rd or 4th attempt at trying to have him stand with me and Stan snapped a picture because he said his face was cracking my mother and him up. Stan actually made that photo his phone’s home screen because he says it makes him laugh out loud every time he sees it! 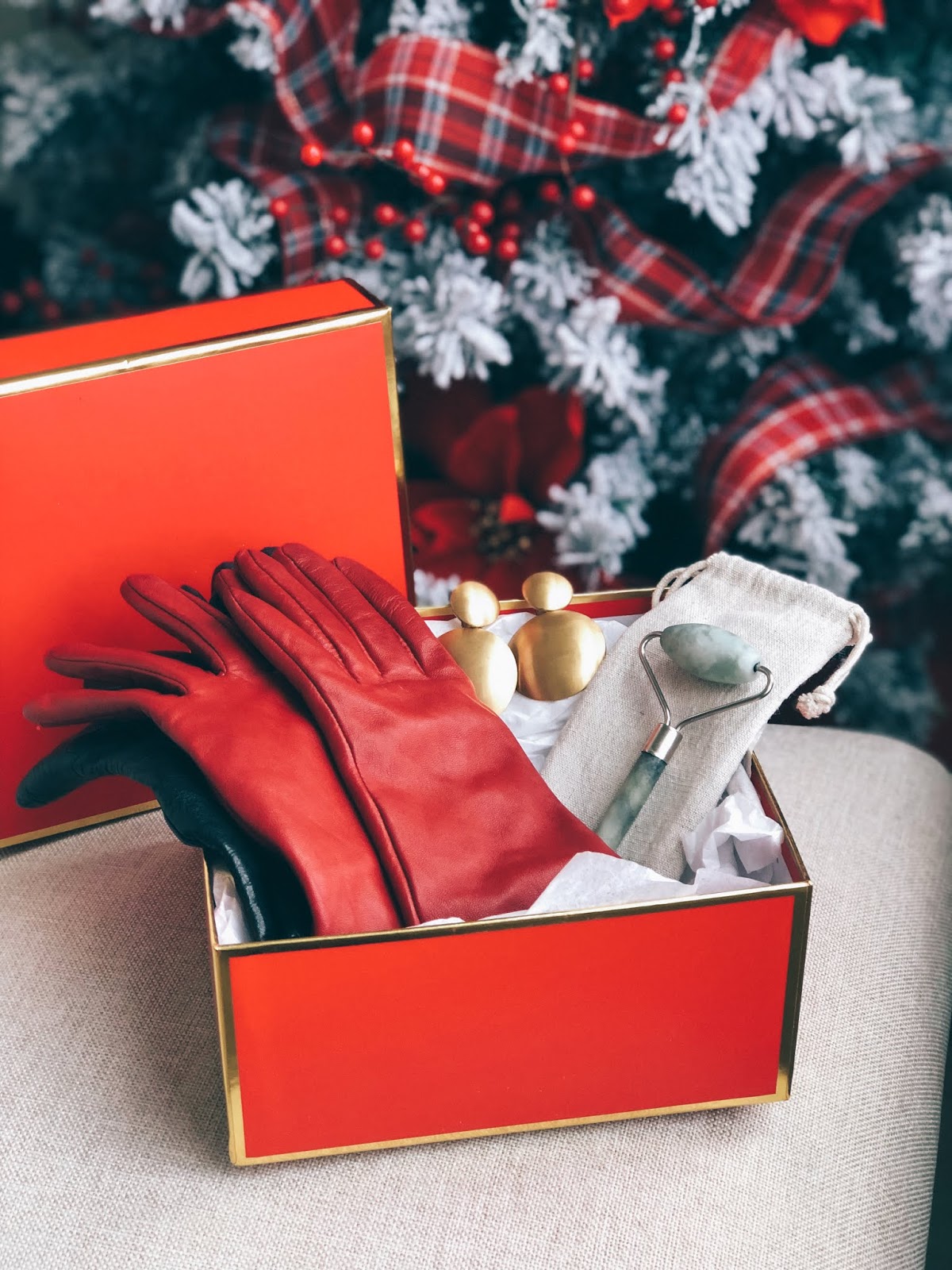 Today’s gift guide is a mash-up of a variety of different gift ideas but all of them are under $100! There is something for a close friend, 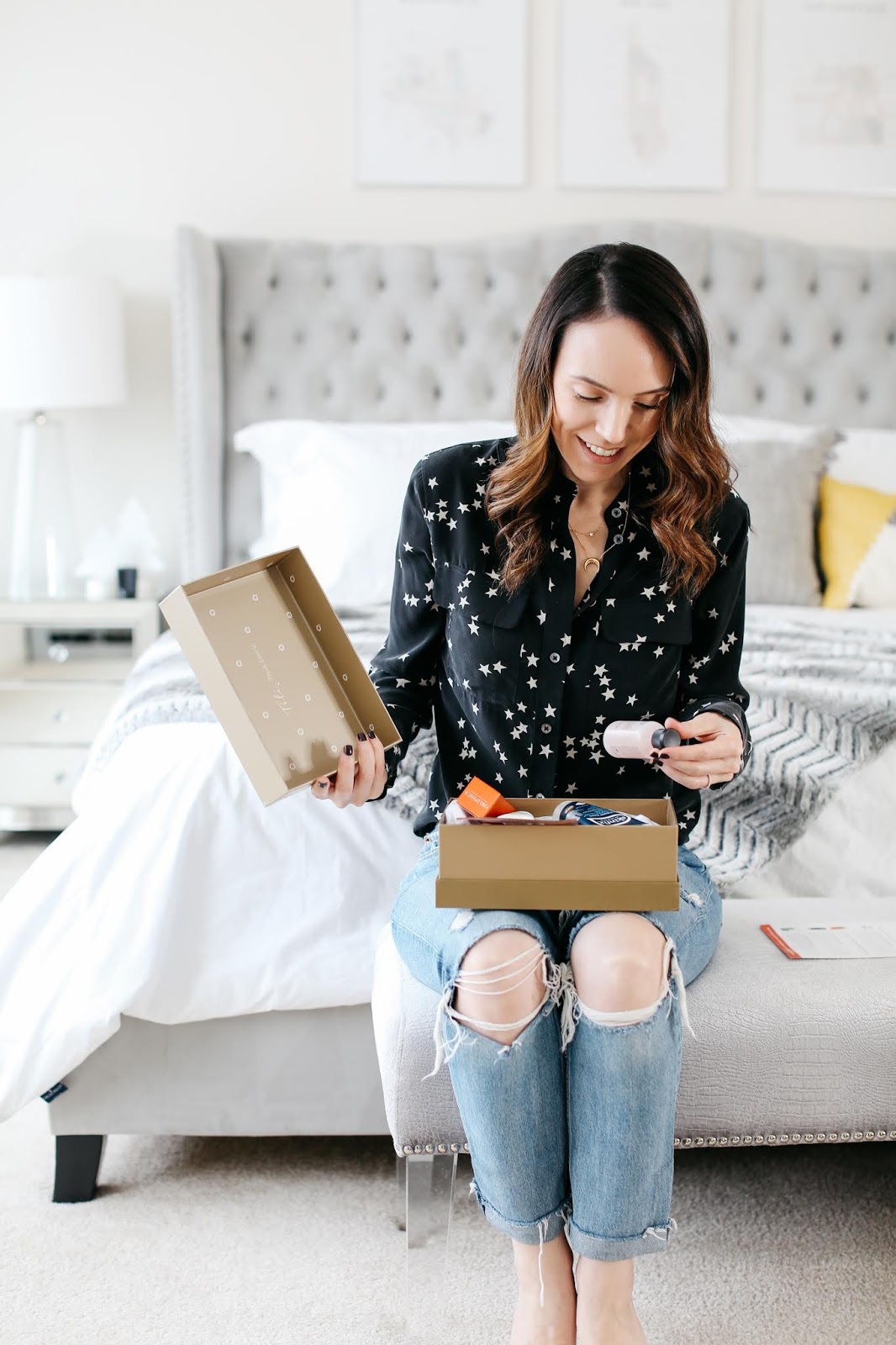 November Try It, Love It Box From QVC

I’ve  been compensated by QVC to share details on this month’s Try It, Love It box. I was so impressed by last

Tweed and Leather + 17 Holiday Drinks To Try From Starbucks 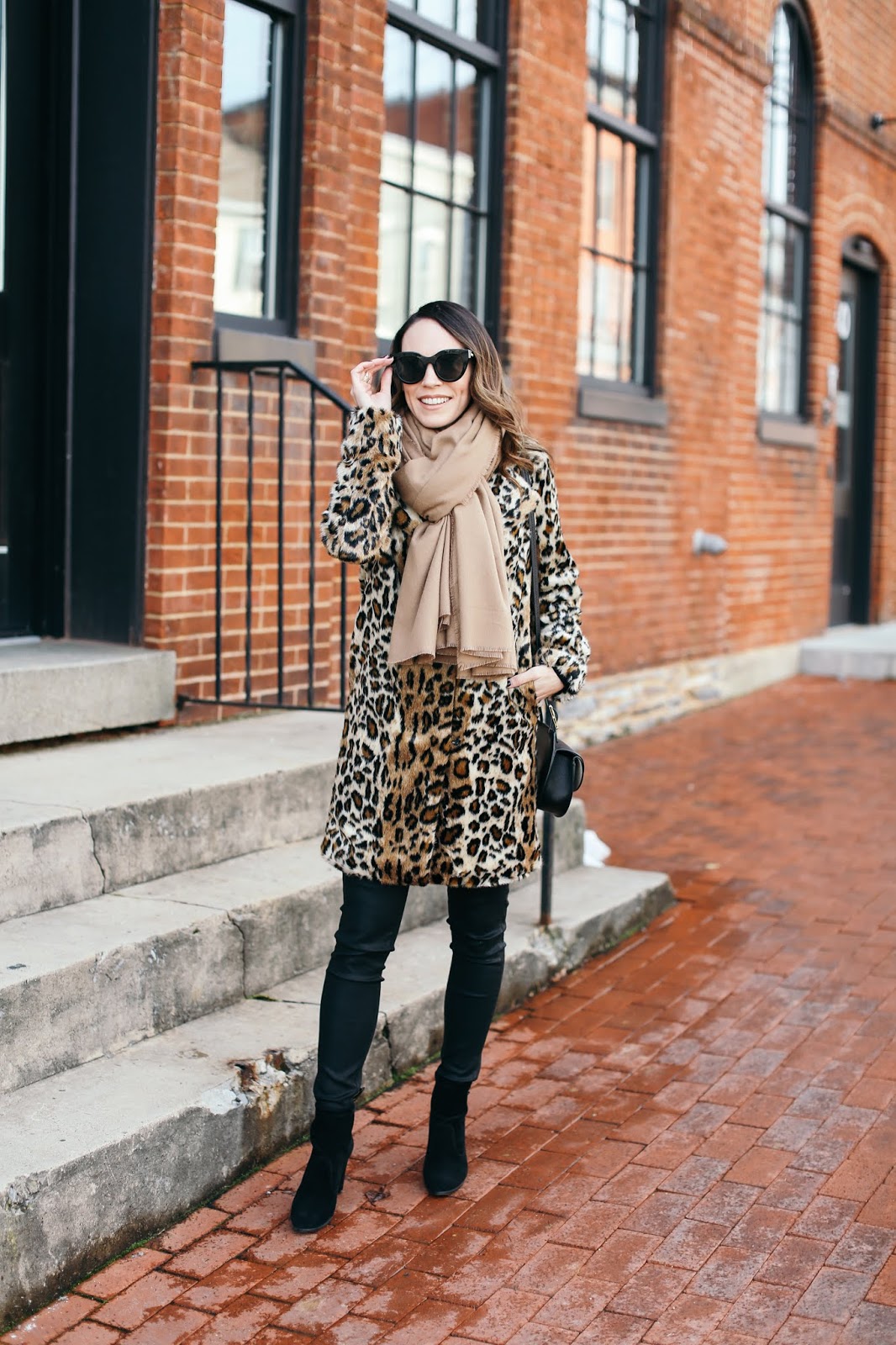 Leopard Coats At All Price Points